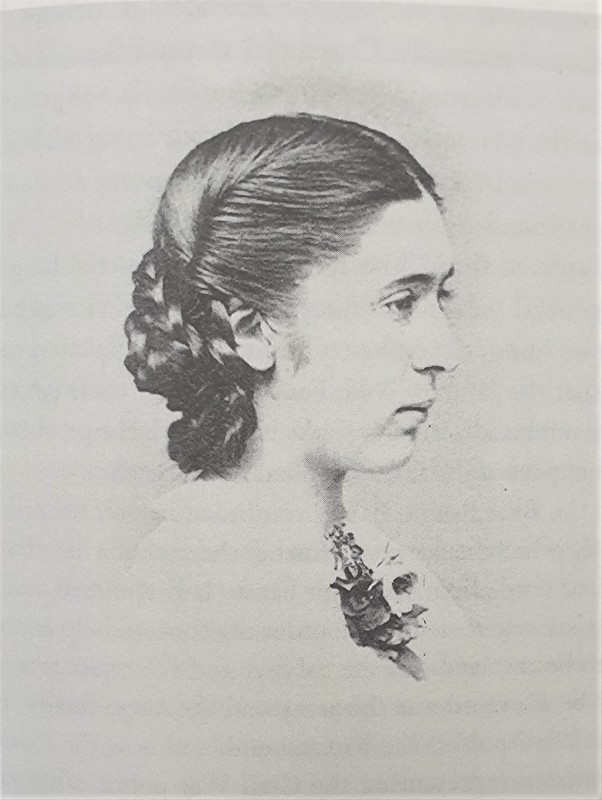 Fanny Seward is the daughter of William Seward, Secretary of State (Lincoln).
Annie Fields describes Charlotte Cushman as a "Seward-ite" type, speaking about 1863 in her diary of 1871.
In the fall of 1863, Seward and Cushman developed a more intimate relationship which Fanny describes in her diary of that same year. Due to Fanny's health problems, she does not visit Charlotte in Rome later on. In October 1863, Charlotte brings Fanny to Ford's new Washington theater.

Fanny Seward's father lost the presidential election in 1860. Charlotte Cushman told Fanny that her father would still never give up his political career. Fanny wrote this down in her diary of October 1863 (Krisher 27).


“Cushman first achieved fame on the London stage in the mid-1840s, becoming a star almost overnight and eclipsing the flamboyant Edwin Forrest” (Krisher 150)

“As an actress, Cushman was known for her portrayals of strong women, and, without question, the admiration of women accounted for much of Cushman's popularity. Because she was not beautiful, she entranced audiences by sheer force of talent and determination. Women instinctively understood that her body achieved on stage a recognition that was not based on appealing to the men in the audience. In fact, Cushman often gave women their first glimps of what an emancipated, independent woman looked like. Impressionable Fanny Seward was given more than a glimpse of this model of independence. In her diary, Fanny left an explicit record of her admiration for Charlotte Cushman. With each family visit, the friendship between Cushman and Fanny continued to grow. Fanny admired the way Miss Cushman talked politics with her father […].” (Krisher 153)

“At a time when Fanny Seward's personality was maturing, Charlotte Cushman served as an especially fine role model of the independent woman. Unlike Fanny, Cushman was no shrinking violet. She was ambitious and proud of her fame. She knew what she wanted and how to get it. She possessed a savvy suspicion of grasping theatre managers and egotistical actors. She could be as manipulative as the men with and for whom she worked. She learned how to appeal to the respectable middle classes, especially its women. She rubbed shoulders with the Brownings and the Carlyles in England and the Longfellows in America. She was success, to be sure. but she kept her selfishness and her tough side from the public, carefully carving out a persona that made her name synonymous with greatness.” (Krisher 154)

“Charlotte Cushman brought Fanny and Anna along on a tour of Ford's new theatrical temple on October 10, 1863, a tour thoroughly described by Fanny in her diary”. (Krisher 155)

“her most ambitious work, Tried and True, the novel with the theatrical background, was finished in June of 1864, its completion likely inspired by the intimate connections forged with Charlotte Cushman the previous fall and the frequent theater-going in which she participted during this period.” (Krisher 163)

“By the time her friendship with Fanny was developing, however, Cushman was wealthy and retired. After1852 she moved between a villa in Rome and a residence in London, but, a trooper to the last, she vacillated between triumphant returns to the stage and modest semi-retirements that proved how difficult it was for her to leave the limelight.” (Krisher 150)